Just some progress shots showing before and after editing, as usual , click pictures for full res shots.

Initial title page i had a brief idea , the whole comic is based around the Battle of Britain, two fighters from opposing sides duking it out, both endowed with old school honour a love of the air and aircraft. Of course there is generally always in history a bad side and a good side..depending on who is the victor in most circumstances ;)  In WWII it was the allies, represented in the early dark days by the commonwealth with England as the home base whilst Germany stood poised in France, the two heavyweights seperated by only the water of the English channel, easy enough then.


England is represented as a shining beacon of light facing the dark Hordes of Nazism kicking off their campaign to subdue England with air attacks. The symbols represent the naitional aircraft insignia of the times, the British Roundel and the German Cross (Balkenkruez). Struggling with a title i settled on something simple 1 V 1 ( 1 versus 1) which is what a lot of the air war boiled down to. At any one moment there was upwards of many hundred aircraft in the air but the dogfights that broke out normally came down to who was the most skilled and each battle was more a personal 1 v 1 than group v group. This is what i wanted to highlight.


So as you can see i made a quick and nasty UK and France map,, cropped it down to focus on my working area,, added an English flag and a Swastika, painted the Channel trying to highlight the coastlines and add some depth.  Added a splash of light to the the English side and darkened it towards the German. Hopefully it gets across what i was trying to convey. 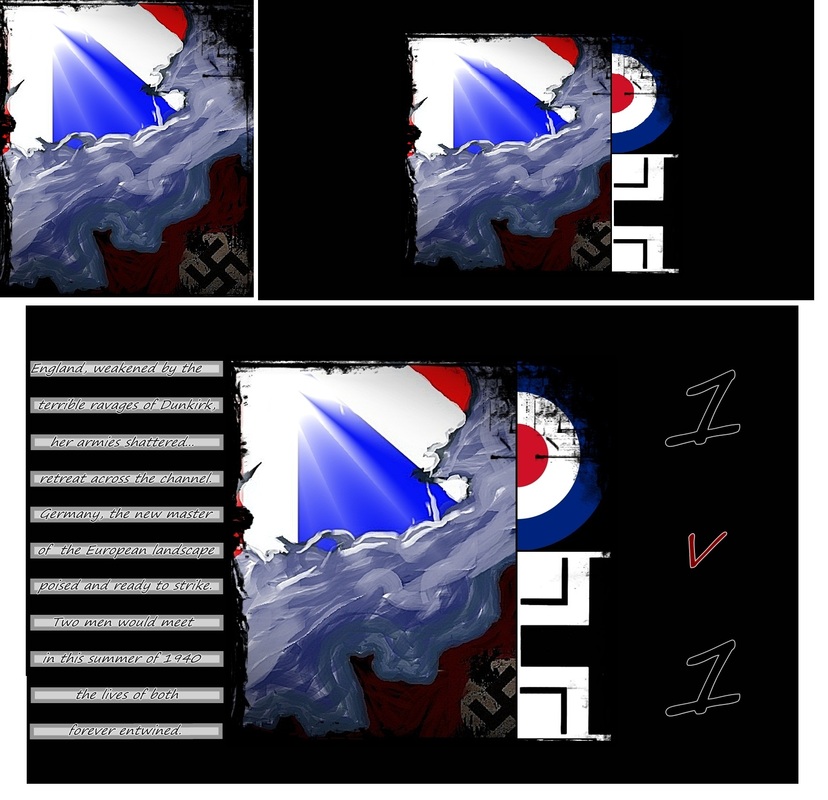 The pic below is what i decided to use as a chapter starter, it is one of the splash screens used in the game Cliffs of Dover and without much editing, just some cropping, highlighting and some work on the eyes to bring out some feelings of the pilot engaged in a battle. 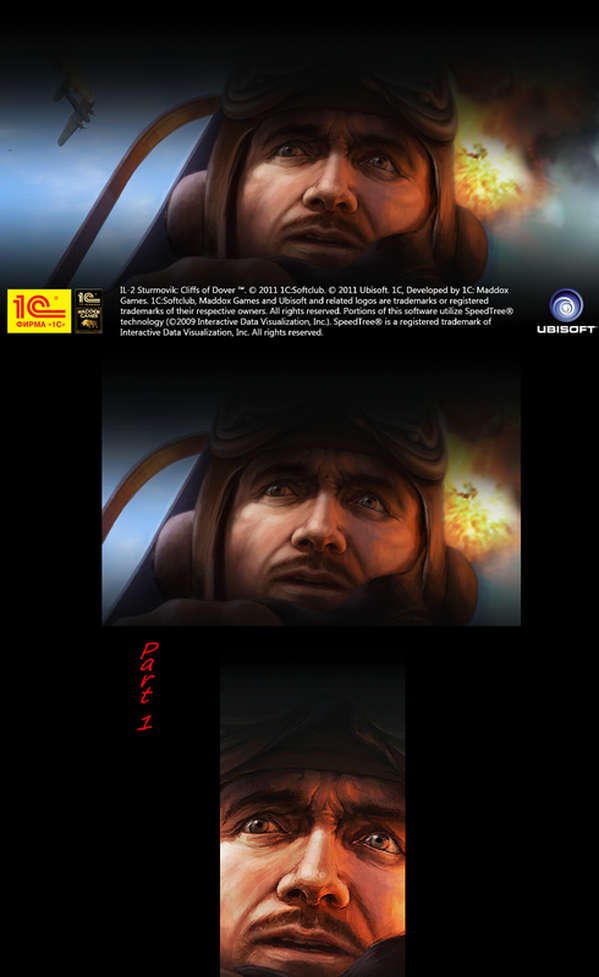 The rest are self explanatory, in game shots set up in a mission builder, jump into game, fly the planes as well as use a free roam cam so i can get all points of view and get the shots i want, rework every shot in a graphics program by cropping, adding and removing and adding bits and pieces, highlighting and changing the colours to get the comic type feel i wanted. 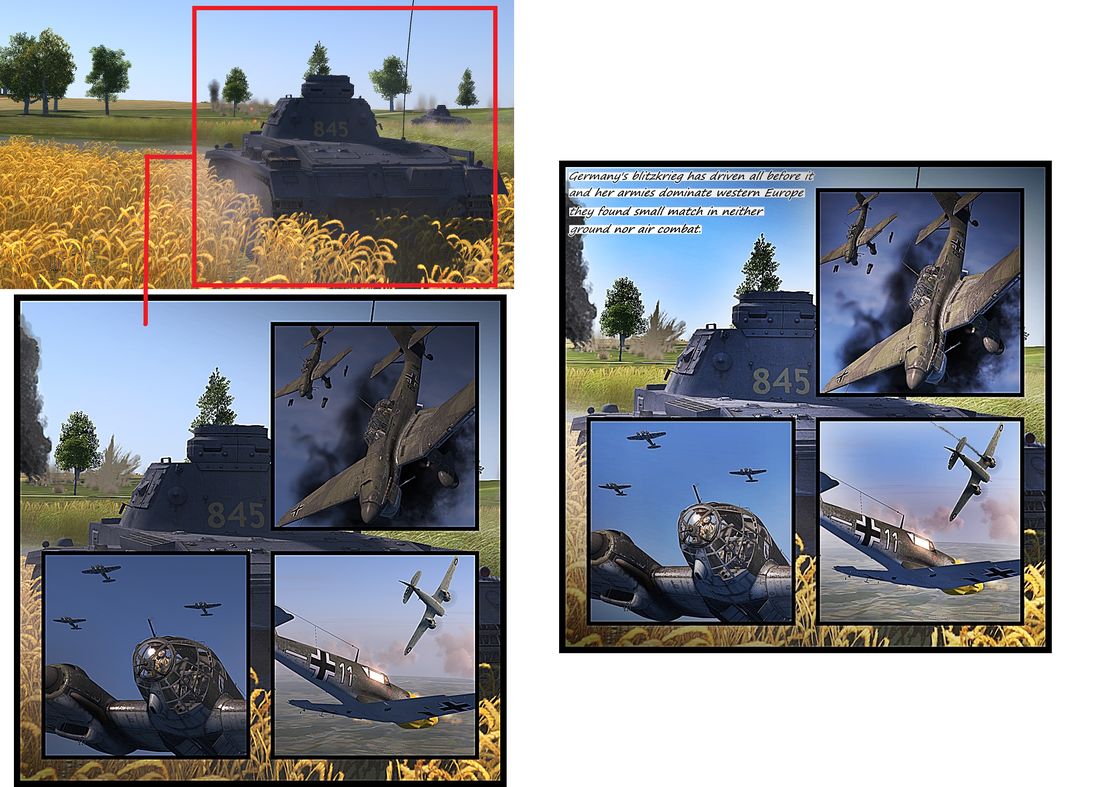 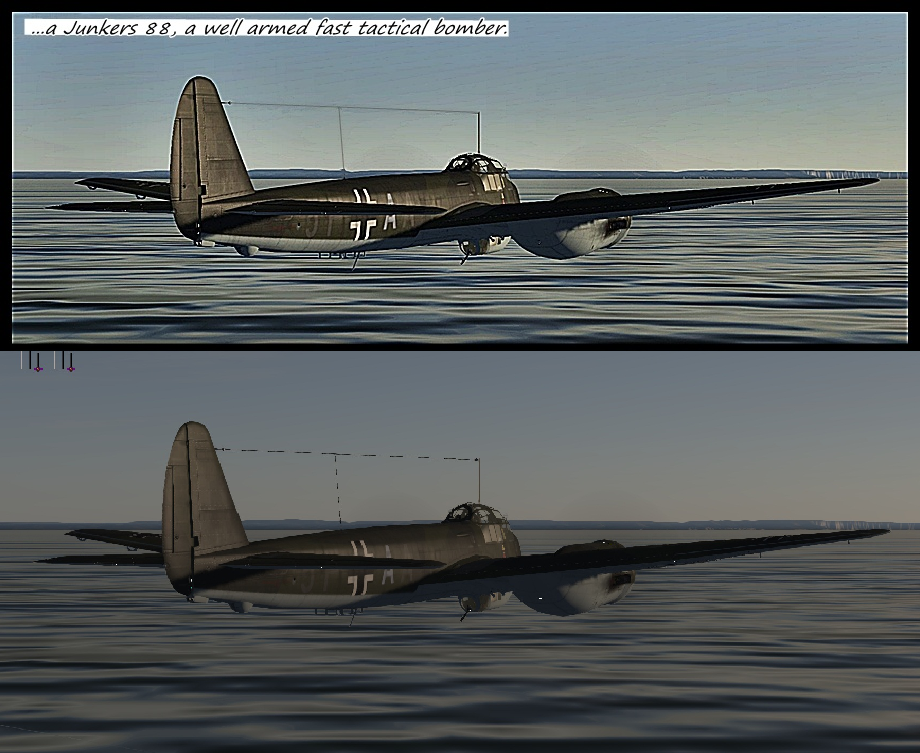