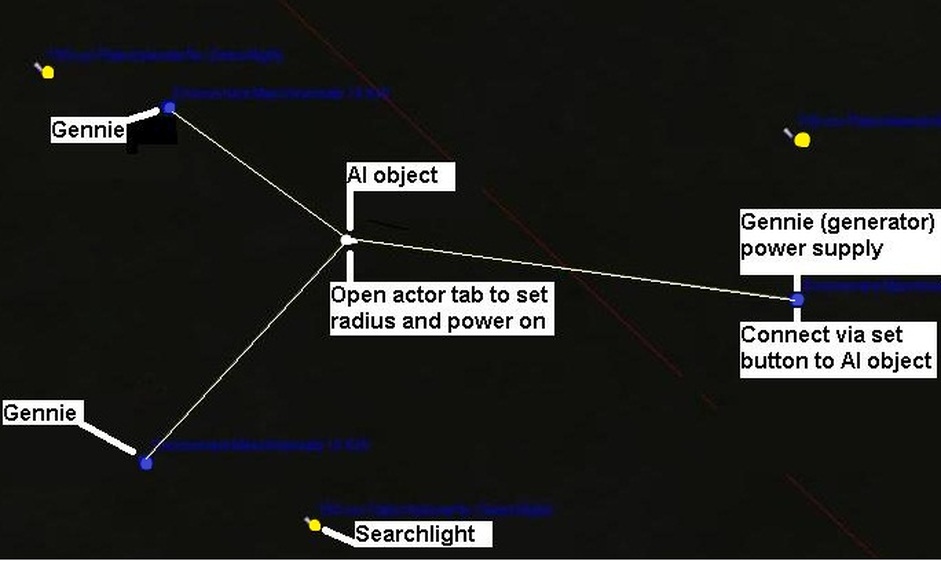 There is one at airwarfare but for non users of the FMB or newbies to it i think they would find it a bit iffy- so here is mine .

Pic may be a bit dark , maybe i should have done them in the daylight,doh.Lets see.

Ok so first place three of the Gennies (British or German generator depending on if you are in occupied France or England ) These are the power source for the Light and any other objects that need to be powered.Seperate them a bit as if they take a hit then you will lose that power source.Next in the middle of these place an AI,that is the name of it in the obvjects list. Go to the ai actor tab of the AI and set radius , i set 1000, you will see a ring appear on the map corresponding to that radius.Anything that needs power (our searchlights) need to be placed in that ring to work.While still in the actor tab change the SCRIPT to powerOn.cpp.This must turn the Gennies on.

Now lastly reselect the gennies one by one and click the SET button , this will pop up a target line on the map radiating from the gennie,drag that line to the AI and click.Do for all three.Thats it your done.

You should be able to place a few searchlights in that radius , i placed 6 and they all worked , dont know what the max number is though.

Ok so the first pic above pic shows the layout in the FMB. 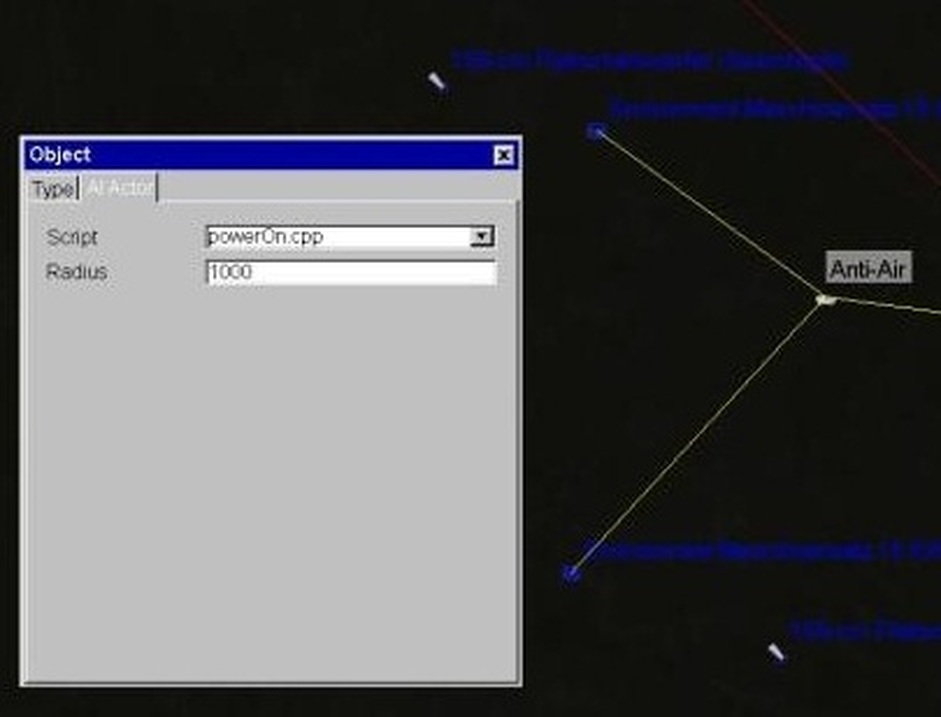 This shows the actor tab for the AI.Once you have done all of the above save the file  as a mission to test, make sure to select a late time like 9pm onwards and then just place a plane with two waypoints near the lights and fly. 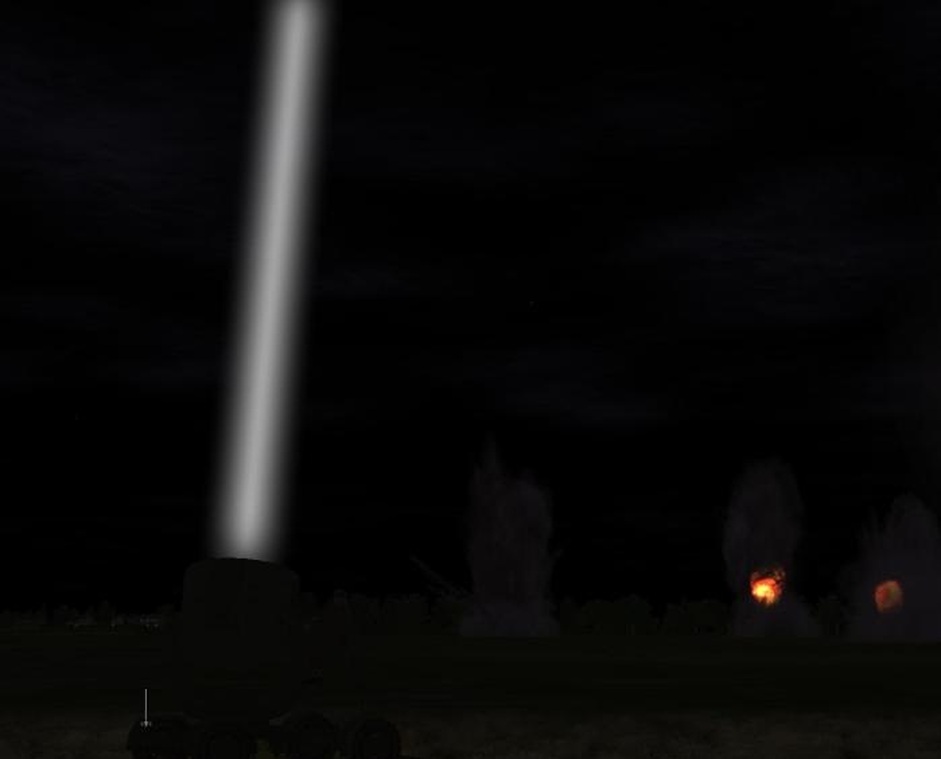 And then a working searchlight in game.
Powered by